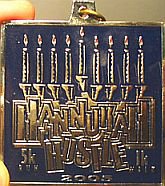 I picked up Melissa at her house early in the morning. This was her first race. She seemed more ready than me. We went over to the registration, got our chips, our bib. They were giving out free massages. It was the best thing that ever happen to me (before a race). It felt so nice. From now on, I would race for messages, they can keep the medal :D.

I knew I was going faster than planned. But I also felt I could maintain this pace. From the beginning I ran with an guy in his 60s. He was telling me how he ran the Boston marathon back when he was 19. He ran 20 races this year. Amazing.

By 4 km, I wanted to push harder. I wished him well and off I went.

The route was along a scenic lakeshore trail. A few times I would glance at the lake and enjoyed the view. This race had a turn around point. When I got to 4 km, the first place was already running back. :O [later I found out he was a Kenyan].

Ahead of me was an orange shirt guy (from now I will call him Orange). He was in front of me at the starting line. I told myself that’s the guy I want to pass. For majority of the race he was 40-60 feet ahead of me. Despite my HR was shooting through the roof, I made sure my pace was stable and consistent.

At this point, he was slowing down. His hands were fidgeting with something. I had no idea what he was doing until I got closer. He was messing with his ipod. I passed him and continued.

Next target, there was a blue shirt guy (Blue) and a grey shirt runner (Grey) further ahead. I pushed my pace towarded Blue and kept with him for about one km. I then decided to push to Grey. Grey was hard to catch.

By 8 km, I could feel the latec acid building up. Yeah, that’s my latec threshold. My HR pushed to high 180s. You are almost there…two km…you could do 42 km…two km is easyyy..

Grey was still up ahead. There was a hill before the finish line and I tried to reserve some gas for that.

From here on, everything became a blur. I knew I was pushing quite hard and my stomach was uneasy and felt like puking. I kept moving faster and faster. It felt like I wasn’t moving at all. I could see the Finish line and Melissa was calling my name.

We were so close to the finish line when I heard a rusting sound behind me. It was Blue and he ain’t going down without a fight. I pushed harder and harder. By the time I got to the Finish Line I slowed down..ARGHH…Blue passed me.

Blue beat me by three seconds. I was exhausted. Good job Blue. Bad job for me. Next time stopped after the Finish Line…

Time wise, I was disappointed. From my triathlon experience, I should be hitting 4:33 min/km with ease. I knew my time was slow when I ran the first two km and checked the time was ten min. I didn’t let it bother me through out the race.

I gave about a 8-9 effort in this race. The reality is that I am still a beginner and I have a lot to learn and improve. Now I have a benchmark and a base to compare with my future race and training.

My HR was too high. At least with this race I have a ball park of my Latec Threshold range. I didn’t timed myself but I am sure there was no negative split. I pushed too hard in the beginning and pushed not enough in the end. Lesson learnt: Pushed when it needed to push, hold back when it needed to hold back.

For the past few weeks I am on unstructure training. Despite that, I am not relax at all. After this race, I was telling Melissa how relax I felt. Even this weekend, I am way more relax than the month of November. So more running is in order to release stress??? No complain there 🙂

A personal best (PB)? Yeah I guess u can say that. I know I can run much faster than this. Most important is not the speed but the stamina. Need to work on the base. 10 k is not my race. My race is Ironman.

I am glad Melissa and her friends came out. This was their first race. After I cross the line, I went down the hill and jogged to the finish line with her friends. They all had a great time. Love to see new runners into this sport….I have brought in another soul to running 🙂

On a side note: I went swimming afterwards and realize the chlorine have eat my swim shorts. The butt area is nice and transparent. And YES, I realize that after I went to the pool. So I was mooning everyone in the pool. Hmm..there were little kids learning to swim as well…

Time to sleep early..thanks for reading…comments and suggestions are freely accepted (as usual)

I am going to spend the winter building my base up. Train slow. Keep that HR down. Base then speed.