“Cliff, I think there is a man lying on the road.”

Wai Jia said this morning as we were driving to church.

Last month I preached on loving your neighbours using the Parable of the Good Samaritan (Luke 10).  I ended off the sermon describing how I avoided someone who needed help with his car because I was rushing back to church in Canada.

It was deja vu all over again. Except this time it is in Africa.

This is Parable of the Good Samaritan in Uganda.

As I continued driving, I kept thinking it was probably nothing.  Wai Jia probably seeing things.  It wasn’t serious.

But as we drove along, I keep thinking what if this man is dying?

What should we do?
What can we do?

In order to pass my guilt, I asked Wai Jia, what should we do?
If she said no, then I am not responsible for this problem.

There were other reasons to keep driving.  We planned to pick up a friend and her kids and bring them to church.  Wai Jia was preaching and surely she couldn’t be late.  There are enough valid reasons for us to keep going.

After a moment of silence, a moment where both our conscious are pressing us to act, I made a U-turn and drove back. I told Wai Jia that we need to see this man.  Maybe is something.  Maybe is nothing.  But if it is something and we do nothing, clearly I don’t walk my talk.  Then God will hold me accountable.

It wasn’t too long before we reached back to this man.   He was lying along the ditch with his pants down.   I pulled the car off to the side and walked up to the man.  As I got closer, he turned his head around with his eyes closed as if he was sleeping.  It didn’t took too long to figure out he was drunk.   By now, the sun was scorching.  Glad to see he wasn’t hurt or dying, I put a bottle of water next to him in case he got dehydrated and drove away.

Had he been sick or dying, I really don’t know what we would do.  What if the police found us liable for this man?  What number do we call for police?  Will they even come?  I don’t know.  I never dealt with Ugandan police before.

We might do little.  We might not be able to do much.  But to drive away without a car is like the Priest and the Levite.

As I reflected on this parable, I immediately thought about the lawyer’s heart who started Jesus to speak this parable.   He asked the question ‘who was my neighbour’ because he wanted to justify himself.  I wonder when I asked myself the same question, am I trying to justify myself as well.

We were both glad that the man wasn’t seriously ill.  Later, we told our friend about this incident and she said that it was common for man to get drunk over the weekend. 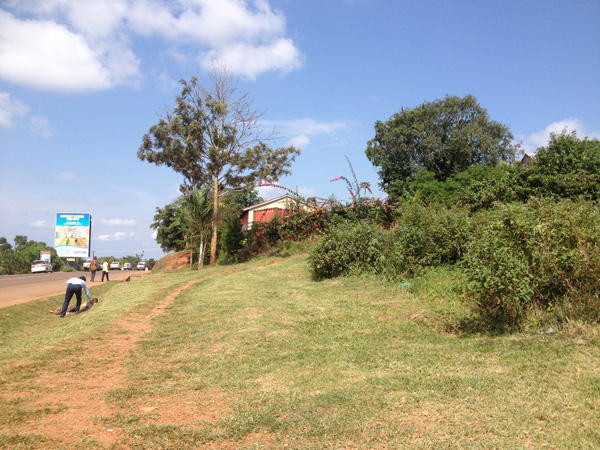 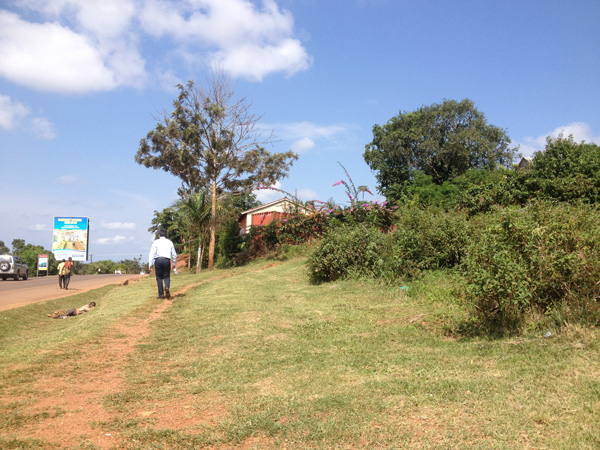 And he said, “He who showed mercy on him.”